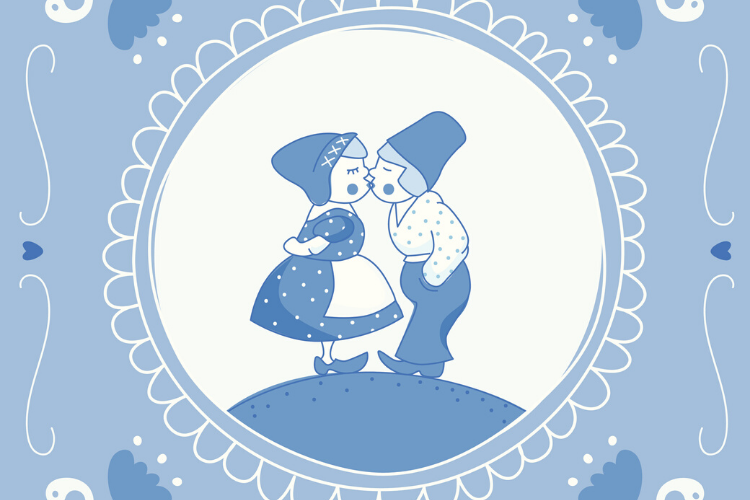 If you want to do business successfully in the Netherlands, you should know the dutch etiquette. It can just about make the difference between ‘deal’ and ‘no deal’. Conference Matters has nine tips to frame your business meetings in the Netherlands with the local manners.

Dutch people are generally punctual. Perhaps not as extreme as Germans, but it will be appreciated if you do not arrive later than five minutes after the agreed time for a business meeting. If it really isn’t possible to make it on time, send a text message with an excuse that you are running late. Turning up half an hour late without getting in touch is not appreciated. Your conversation partner will have already left or if you are visiting someone at their home, this is a bad start. Especially if you are invited to someone’s home, you should also make sure not to arrive too early. The host and/or hostess is probably still busy preparing things.

When women greet each other they kiss each other three times on the cheek; left, right, left. Not just once as the British do, for example.

But only kiss people if you already know each other fairly well and to be on the safe side it is better to let the other person decide if you are on kissing terms. That certainly applies if you are a man and want to kiss a woman on the cheeks. Men do not generally kiss when greeting, although it is more common than in the past, especially in cultural circles and in groups with a lot of gay men.

Either way, with men and women you barely know, offering your hand is always safer.

The Dutch generally eat reasonably well, but there is a traditional custom that is sometimes viewed with great horror outside the country’s borders: what’s referred to as ‘haring happen’ [eating herring]. You get a whole herring with chopped onion on a cardboard plate, served without cutlery. You grab the whole fish by the tail with your hand and let it slide into your mouth in a single movement. The bits of onion sometimes get caught in the corners of your mouth and you help guide them in using your protruding tongue. And anyone who thinks that this custom is only followed at the bottom of society has been misled. The annual Haarzuilen herring party is an event attended by the most high-ranking people from the Netherlands, including members of the royal family. They enjoy themselves to the fullest during this opening party for the new herring season. If you participate, this is usually highly appreciated and they will be happy to show how it should be done, but on request you can also obtain a pre-cut herring with a cocktail stick as a fork.

The Dutch are generally fairly open about their ups and downs; they think that about themselves. But some topics are best avoided. In a number of countries, for example, people are open about their income, but in the Netherlands people only talk about the salary that someone earns during job interviews. And even then as the last subject. Also asking someone’s age (especially with women) is often not appreciated and asking how much your partner weighs is quickly considered offensive.

Safe conversation topics are the weather (although that is increasingly seen as a cliché topic), holidays, entertainment, sports and of course the field you are working together in.

If you are invited to eat at home with a business relation, it is a good idea to bring a good bottle of wine or a bouquet of flowers. For a business meeting at an office it is not necessary to bring gifts. Certainly not expensive gifts, because the Dutch feel uncomfortable quickly and can see it as an attempted bribe. Politicians must even report in a register if they accept a gift with a value of over fifty euros. That is a hassle for the politician and can cause problems. Expensive gifts are therefore (mostly) counter-productive in the Netherlands.

The Netherlands is not known for the empathy and friendliness of its staff working in the hospitality industry. Dutch service is sometimes even described as blunt, especially in the tourist destinations in Amsterdam. So it may be that you are simply ignored when you sit down in an establishment. This is a way of communicating: it’s not your turn yet, just wait. The best way to deal with that is simply to wait and if it is really taking a long time, beckon the staff in a friendly way. Complaining angrily usually only has the effect that you have to wait even longer.

Anyone expecting a big hot meal for lunch in the Netherlands will often be disappointed. During a business lunch, sandwiches are usually served, especially when eaten at the company itself. In a restaurant you can order something warm, but even then many people are satisfied with a (fancy) sandwich. In neighbouring Belgium, it is a completely different story, because having a large steak for lunch is nothing out of the ordinary.

And the glass of wine that is enjoyed in more southern countries around noon would be strange for the Dutch. Dutch people grow up with a glass of milk during lunch and the saying goes that alcohol can only be drunk once the clock strikes five (please note, this means five o’clock in the afternoon). If you ask for a glass of wine at lunch time you will get it, but in some companies you might run the risk of being considered an alcoholic. So it’s good to give this a miss, especially if there is a lot at stake during a business lunch.

The Dutch king may seem like the most accessible reigning monarch in the world. He happily hosts a party to celebrate if the Netherlands has again won a gold medal at the Olympic Games. But if you meet him or his wife Queen Máxima during a conference, the correct title, your Majesty, is still appreciated and expected. Everyone also stands and applauds when the king (always last) enters the congress hall. The king is the last to arrive and the first to leave. It is rude to leave before the king or the highest member of the royal family.

When you make a phone call, always give your name first (and if necessary the company name). Even if you are ordering a taxi or pizza or asking for information, it is not appreciated if you do not first say who you are. When someone calls you, you do the same. You pick up the phone and say your name. When Dutch people answer the telephone, they identify themselves by mentioning their first name and/or surname and then wait for the caller to identify themselves. Once you are speaking to the right person, first ask if now is a good time to speak. If not, offer to call back later.

The Dutch use compliments sparingly and avoid using superlatives. If someone thinks something is ‘not bad’, this is a good thing. On the other hand, people are suspicious if something is described as ‘amazing’, which is considered fake, even if you are very impressed by something. Do not expect applause for minutes for a great speech in the Netherlands. Dutch people will not clap wildly for anything.

The Dutch are very direct in a conversation and eye contact is very important. For a foreigner that can be very confrontational, but it is just the Dutch way of communicating.

The Netherlands is known internationally for being tolerant, but there are indeed limits. Marijuana use is admittedly tolerated in the Netherlands under certain conditions and in small quantities, but don’t get it out in a business setting.

Do not disturb Dutch people during their dinner (normally between 6 and 7 o’clock in the evening) or lunch (12 – 13 o’clock, in shifts of half an hour). It is really not appreciated when you call (or message) at those times.