What's your story? Storytelling for event organizers
Skip to content 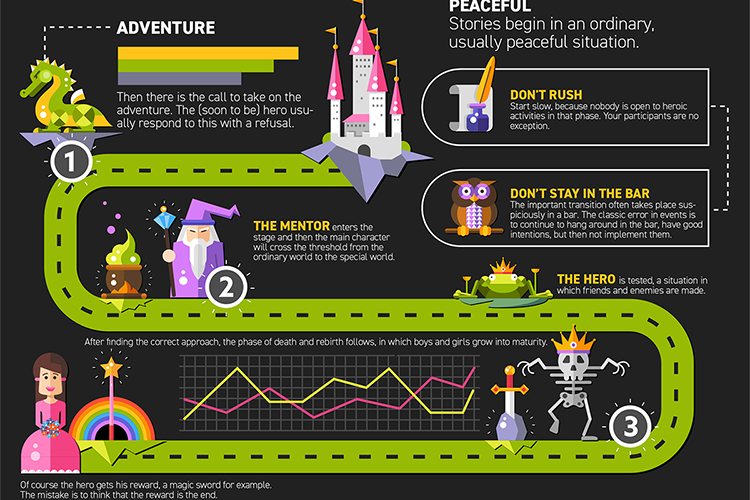 The Sherlocked opening experience can best be described as an outdoor escape room. In this way the participants of MPI’s European Meetings & Events Conference (EMEC) get to know the Spanish host city of Seville, while they forge a deeper bond with each other and put their legs and grey cells to work.

At the fountain in the centre of Plaza de España, occasional groups of five are given a riddle by members of The Society of the Crossed Keys to indicate their next source of information.
And so begins a quest for every group of five who must discover an ancient secret. A treasure map that only reveals its secrets after being revived takes the group to the next stop. There a bottle should be chosen collectively which represents a personal value. The content presents the group with a challenge. The emotions that were evoked in this way are put into writing and returned to the bottle. The tour ends at the Torre del Oro (Tower of Gold) located on the river Guadalquivir. The quay still exudes the atmosphere of 1519 when the Iberian explorers Magellan and Elcano set sail for the first circumnavigation of the globe, which the latter completed three years later.

The EMEC participants also sign up on a boat. The groups of five are bundled into a larger group and are presented with a treasure chest. After having opened it with the keys collected along the way, the challenge is to collect a selection of the small bottles with ingredients that are in the treasure chest, based on rebuses and riddles.
After a short cruise, the final takes place on the steps of the Navigation Pavilion, a legacy of the 1992 World Exposition in Seville. There, each group adds the collected ingredients to a metal cooking pot, in order to brew the – still secret – elixir.
The Sherlocked opening experience has allowed the participants to experience a precooked story, the recipe of which they will undoubtedly pass on supplemented with their own ingredients and insights.

But what is everyone’s own story? Condense it into one phrase. The participants will be presented with that challenge on the opening night in the Navigation Pavilion. But only after cava drinks to which the participants have first added the elixir from a mini bottle.
Keshia Hannam took her audience into the Dear World project for which she is an ambassador. This had begun with a documentary photo session with which Robert X Fogarty wanted to capture the resilience of the residents of New Orleans. Everyone’s love message to the city was written on a body part with a black marker and a photograph portrait of it was taken. The impact of this project prompted Fogarty to conduct similar photo sessions worldwide. He photographed among others survivors of the Boston Marathon bombings, Syrian refugees and former child slaves in Jaipur, India.

Dear World has since grown into a worldwide non-profit organisation. More than 125,000 people have already been photographed. No longer merely thematically, but also individuals and (occasionally) groups.
The imagery of people scribbling their honest and sincere message on their bodies or limbs, appears to be culturally transcending. It is a special combination of reflection, self-expression and storytelling.

“We create a sense of belonging”, clarified Keshia Hannam. “Dear World portraits are powerful. They give people the power to share their story and take their portrait.”
After telling the story behind her own Dear World photo, she addresses her audience. “What is the story that only you can tell? All we ask is that it be meaningful to you.”
Using a small notebook with some questions, participants are guided step by step through the process under the motivational guidance of Hannam. The fact that you do this together with a table-companion makes it even easier. Everyone can tell his or her story to someone and receive feedback to clarify and/or tighten up the underlying message.
That same evening and during the subsequent conference days, each participant can have his or her tailor-made message professionally photographed by the Dear World team.

Storytelling is one of the streams in the content program of EMEC 2020 Seville.
Speaker Ask Aggar makes it clear that all the stories that we feed upon, whether in book form or as video, generally have the same structure. Aggar is CEO of the Danish company Workz and applies this knowledge in learning games, storytelling, change management and strategy execution.
The hero’s journey, which has been elevated to its ultimate artform by Disney, goes through the same twelve steps, he says. And just as with the Dear World photos, that story-building appears to transcend culture.

With regular references to the Star Wars saga and The Lord of the Rings trilogy, we walk with Aggar along the path of many a hero. In addition, we receive a translation into the structure of an event or the development and implementation of a (new) business strategy.
Stories begin in an ordinary, usually peaceful situation. Creating this is important, because nobody is open to heroic activities in that phase. Your participants are no exception. Don’t rush into things, is Aggar’s advice.
Then there is the call to take on the adventure. The (soon to be) heroes usually respond to this with a refusal. The mentor enters the stage and then the main character will cross the threshold from the ordinary world to the special world. This important transition often takes place suspiciously in a bar, Aggar states. The classic error in both events and business changes is to continue to hang around in the bar, have good intentions, but then not implement them. They should be acted upon.
The hero is then tested in stories, a situation in which the mentor usually shines in absence and friends and enemies are made. After finding the correct approach, the phase of death and rebirth follows, in which boys and girls grow into maturity; in which participants and organizations actually change. And of course they are rewarded for that, with a magic sword for example.

The mistake is to think that the reward is the end, Aggar argues. We are only three-quarters of the way through the story. In videos and books now follows the way back to the original world, which is characterized, for example, by the quasi-killing of hostile creatures in large numbers. Then comes the resurrection and the hero returns with the elixir, the solution, to discover that he and his original world have changed (for the better).
The last quarter of the hero’s journey is a difficult one for conferences, the participants conclude. This will usually take place after the event, outside the direct sphere of influence of the facilitators. You can help the participants get in touch with each other after the conference, suggests Ask Aggar.

So the storyline is clear, but how do you get the necessary ingredients? That is easier than you think, says Katja Subrizi Wessling of Kaospilot Experience Design in her session. It starts with a core mindset.
An annual survey of over 100,000 individuals from countries and cultures around the world by innovation consulting firm Cheskin has yielded a list of fifteen concepts that people find meaningful: accomplishment, beauty, community, creation, duty, enlightenment, freedom, harmony, justice, oneness, redemption, security, truth, validation, wonder. Use some of these as a starting point to shape the conference experience, advises Subrizi Wessling. If you want to delve further into this, read the book Making Meaning about developing customer experiences.
Strive for shared experiences. This is an essential part of a well-designed experience, says Subrizi Wessling. And in the end you should not design an experience, but create one. After all, the first is the same as staying behind in the bar in the hero’s journey.

You can make experience design as simple or as complicated as you want, but fitting within the current zeitgeist ‘simple and quick’ is still the slogan as Katja Subrizi Wessling makes clear. No endless brainstorming sessions and development processes. Just short exchanges of ideas to come up with new ideas and then test and tweak them.
We do a similar session with a table companion as we did for Dear World. Everyone writes down a design challenge. Then it is read out to the other, who will ask questions for clarification. You select some of the fifteen universal meanings and come up with one or more ideas for your table mate’s event. It turns out to be as simple and as effective as that.

A story sliding by

“How excited are you?” In his Storytelling masterclass, which takes place in the classical opera house Teatro de la Maestranza, Paul Hughes keeps the participants on their toes by regularly asking them these and other questions. His way of presenting is special. He writes his statements and tips on a large roll of paper that is further rolled out over the table during the presentation. The participants sitting around the table slowly watch the story slide by.
He once again emphasizes the importance of storytelling: in the past the King ruled and the poet moved people (through emotions). With that he goes back to an era when poets were highly regarded. Hughes himself nowadays also puts professional storytellers above expert speakers. Stories create emotions that create motion. Only 5% of our actions are affected by our thoughts; 95 percent of them by our emotions and intuition.

Circles are also followed in his story structure, but he adds a ‘fourth dimension’. That’s the storyline that combines multiple events. “How are your events connected?” is an important question according to Hughes. There is also a solution for the road back problem as emerged in the Ask Aggar session.
An important starting point in the design of a conference is to identify the sore points of the intended participant. In all communication it must be clear to (potential) participants that the organisation understands him or her and empathizes with the problems of everything that they experience in the work. And of course the promise that there is a solution. But then the person must take action, both before the conference (registration), during (active participation) as well as afterwards (applying what has been learnt).

The power of events

The power of events is, that whereas people are often competitive in their daily work, collectivity is exercised during a meeting, says Hughes. That is where the resolving power of meetings lies.
The tips and advice slide across the table in a steady stream. A last tip from Paul Hughes: Never end with a round of questions. You have no control over the content, while the discussion that is based on the last question is best remembered. And so Hughes rolls up his paper again, meanwhile repeating his statements and tips.

The circle is round

MPI Spain, as organiser of EMEC 2020, also completes the story of this European Conference by having three participants on stage in the closing session to tell their story, of course with their impressive Dear World photo in the background.
Under the guidance of SongDivision’s Sam McNeill we walk out of the room singing. Towards the 2021 edition of EMEC in Brighton. The saga will continue. 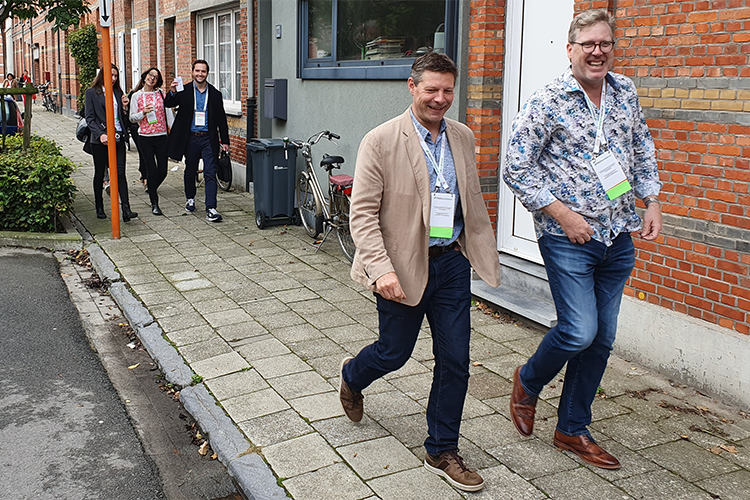 FRESH19: Where everybody knows your name

"What would you think if the boy in the movie The Sixth Sense said 'I see dead people' right at the start of the movie?... 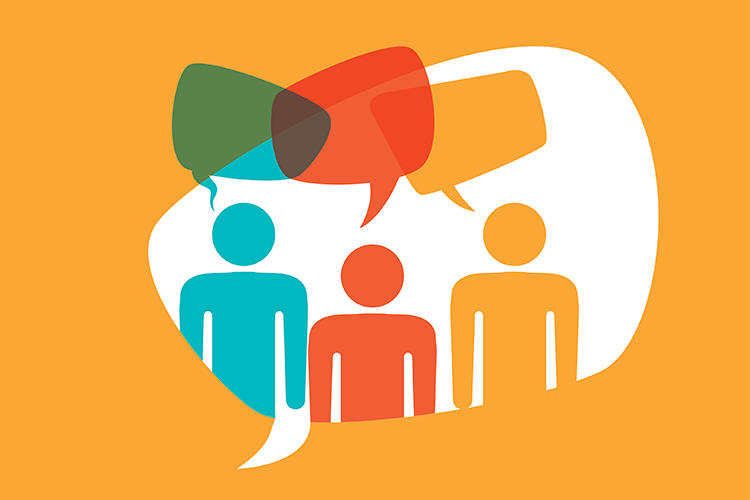 The C&I alternative to Q&A

We all know Q&A: that moment at the end of a session where the audience gets a few minutes to ask a few questions. Frequently,... 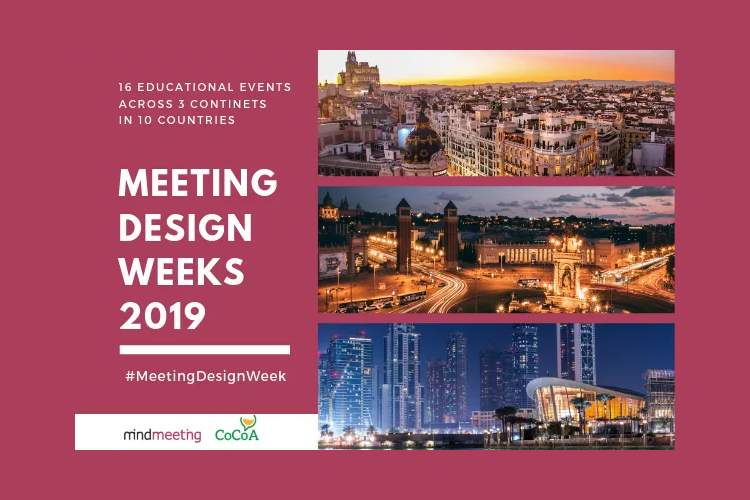 Finland is set to continue its journey in delivering world-class educational opportunities for its residents by hosting the next Meetings Design Course, delivered Eric de...